Is your sex life everything you want it to be?

If not, it may be the junk in your head (and heart) that keeps it from being great.

Ashley and Jason are an average couple.

They love each other. They’ve been together for over 20 years.

Recently Jason damaged their relationship by sending a flirty text to a co-worker.

Jason was embarrassed. And disappointed in himself.

He felt devastated that he broke Ashley’s trust and caused her to feel inadequate.

After some extensive, they both realized they had some ‘jacked up’ ideas about sex in their marriage.

Jason had been exposed to pornography at an early age. He didn’t want to bring that into his marriage, but he struggled.

Ashley had been sexually violated as a young girl which made her guarded and withdrawn at times sexually.

Both were victims in a sense.

While I never want to excuse bad behavior (if you read that into this article you are misreading it), it’s important to realize that emotional and mental issues impact our intimacy.

This post contains some affiliate links to products that I use and love. If you click through and make a purchase, I’ll earn a commission, at no additional cost to you. Read my full disclosure here.

In this article I want to discuss 5 Factors Affecting Your Sex Life.

In Ashley and Jason’s case, they both had baggage from the past.

Jason had unrealistic expectations about sex, which caused him to seek satisfaction through flirting and sexual innuendo’s.

ALSO READ: The Negative Effects of Pornography on Marriage

The fact that Ashley had been violated brought a lot of baggage to their sexual life.

She loved Jason, but often felt dirty when she ‘turned him own.’

Each of us has a fight, flight or freeze reaction to things that threaten us.

Ashley had a combination of flight and freeze.

At times she would run the other when she felt uncomfortable. She didn’t want to hurt Jason, and she knew her reactions could seem rejecting, but the drive to flee often won out over reason.

Other times she would freeze.

Instead of engaging fully in their sex life, she seemed more like a spectator. She wanted to engage fully, and she desired to please Jason, but she couldn’t give herself intimately to him.

Ashley and Jason’s story is not uncommon.

It looks different in each couple, but many experience past baggage that weighs on their relationship.

It comes in a lot of different forms.

This list only touches the tip of the iceberg.

How Past Baggage Damages Your Sex Life

Past Baggage affects many couples. The starting point of emptying the baggage is trust.

Where trust is the foundation of a relationship, there is freedom to deal with past baggage.

Where trust is the foundation of a relationship, there is freedom to deal with past baggage. Click To Tweet

Without trust, we tend to keep the closet in the suitcase. But it’s always there. And when a threat comes, we pull out the suitcase and relive everything it represents.

ALSO READ: How to Create Emotional Safety in Marriage

It’s the fear of being abandoned. The fear of ultimate rejection.

This was a big factor with Jason.

During his counseling sessions he discovered that a lot of his struggles with pornography was due to the fact that he was afraid of being abandoned by ‘real’ people, so he used fantasy as a security measure.

He made a statement I find interesting:

As a child we moved around a lot so I didn’t have a lot of friends. Pornography became a trusted friend.

His fear of rejection in the real world pushed him to his fantasy world.

So when the opportunity presented itself, he yielded to the temptation of flirting with a co-worker.

The issue wasn’t his lack of love for Ashley. It was his inability (or willingness) to deal with his fear of rejection.

To him, it was easier (safer) to fantasize about sex with a co-worker or through pornography, than face the fear of rejection and disapproval from Ashley.

All the fears that you have in life create an emotional memory within you. These memories can then affect your future behavior.

He desired a more active and flirtatious engagement with his wife, but instead of asking for it, he resorted to his fantasy to get what he wanted.

This added insult to injury for Ashley.

Through his fear of rejection, he was rejecting her.

How Rejection Damages Your Sex Life

All rejections hurt because your brain reacts to them in very similar ways that it does to physical pain. But when the person rejecting you is your partner — the person who knows you best in the world, the person who sees you for who you are, the person who is supposed to love you and make you feel loved — the damage to your self-esteem, feelings of self-worth, and emotional wellness can be devastating.

It is also worth noting:

Studies show that how the rejecting partner turns down an advance can alter how the initiating partner views the relationship.

Feelings of inadequacy are closely linked to the fear of rejection.

This is not always the case.

One of the major contributors to decreased sex drive is feelings of inadequacy. If you feel that you do not deserve your partner, it can hurt your relationship and kill a sex drive.

How Inadequacy Damages Your Sex Life

The sense of inadequacy takes us out of the moment. Rather than being present with our spouse and focused on meeting their needs, we are consumed with our own sense of acceptance.

This becomes a vicious cycle of rejection and failure sexually.

John Gottman calls this one of the four horsemen of the marriage apocalypse.

Where disdain and contempt are present, the marriage is in trouble.

Contempt is the feeling that a person or a thing is beneath consideration, worthless, or deserving scorn.

Disdain means the person is unworthy of consideration.

Gottman puts it this way:

Contempt, simply put, says, “I’m better than you. And you are lesser than me.”

Look, we all get frustrated at times.

A Bad Beginning to a Good Day

A few days ago Michelle and I planned a day on the lake. We packed a lunch, got our kayaks loaded on the truck and got ready to go get the Pontoon boat.

We were several miles down the road when I realized I forgot my wallet.

Michelle said, ‘You been forgetting a lot of things lately.’

That wasn’t what I wanted to hear and the timing was certainly ‘off.’

I made a snide remark back about having to do most of the hard work myself.

Our lovely day on the lake wasn’t off to a great start.

After what seemed like an eternity (which was only about 90 seconds) I grabbed her hand and apologized.

We smiled, sqeezed each others hand and agreed that moment wouldn’t define our day.

It was over. That quick.

It wasn’t a huge deal. And that’s the point.

It wasn’t a big deal, only a moment of frustration that happened because ‘stuff happens in life.‘

But it was only a moment.

No contempt. No disdain.

Those type events don’t happen often. When they do it’s because of other stuff that muddies the water.

It erodes the very fiber of a healthy marriage.

It says, ‘You are not worth my time or investment.’

How Disdain and Contempt Damages Your Sex Life

It is the ultimate rejection.

When you have contempt for another person, you aren’t just rejecting an action they did, you are rejecting them as a human being.

Sexual intimacy is built on the foundation of trust, unconditional love and acceptance.

Sexual intimacy is built on the foundation of trust, unconditional love and acceptance. There can be no mutual fulfilling sexual intimacy where contempt is present. Click To Tweet

Contempt is the opposite of this.

There can be no mutual fulfilling sexual intimacy where contempt is present.

This can take many forms. But most often we see it when one spouse loses interest in the marriage and their heart truns toward someone else (or something else).

Sherri was married to a man who opted to spend his time on the golf course rather than their marriage.

On Mothers Day (they had three children together), instead of treating his wife to a nice dinner and meal out, he chose to play a round of golf with his buddies.

No, he wasn’t having an affair with another woman. But it was quite obvious that his hobby had taken priority over his marriage.

Whenever given a choice, more times than not, he choose sports over his wife (and family).

Sherri begged, pleaded and hoped things would change through the years, but they never did.

She wanted to matter to her husband, yet she only felt used.

She was the cook, maid and child-raiser.

Needless to say their marriage suffered.

Her husbsnds lack of interest in her as a woman, spouse and partner, produced discontent in her that led to disinterest in sex. But not just sex. She became disinterested in any form of true intimacy.

It’s a cause and effect relationship.

Your physical health plays an important role in how your body functions. This is especially true when it comes to your sex life.

Making sure you get plenty of exercise and eat properly helps you regulate and maintain your physical health.

Most of our diet is processed food. While I’m not a nutritionist, I do know that eating lean and green is more healthy. It is not always easy to eat whole foods. I supplement my diet with good vitamins and minerals.

Making sure your body gets proper nutrition is an important element to a healthy sex life.

How Discontent Damages Your Sex Life

Discontent says ‘I am not content with you. You are not enough.’

Sexual intimacy is vital for a healthy marriage.

Unfortunately there are things that get in the way of a healthy sex life.

In this article we looked at five factors that affect your sex life in a negative way.

Resources for this Article

For more help, ideas and tools on this topic. Check out these resources:

If you are having serious marriage struggles, we recommend starting with ‘Save the Marriage System’ by Lee Baucom.

5 Tips for Buying a New Home as a Blended Family
7 Marriage Tips For A Happy Married Life In 2023
Reuniting After Deployment: 11 Ways To Reconnect When Your Spouse Returns Home
10 Tips to Solve Marital Problems for Newly Married Couples
Can A Relationship Survive With Two Dominant Personalities? 6 Keys To Make It Work
Married Living Separate Lives: Is It Possible To Reconnect?
Emotionally Abandoned By Husband: 5 Reasons It Happens and What To Do About It
Self Esteem And Relationships: Building Self-Esteem To Your Marriage 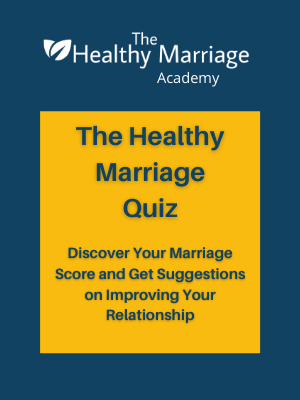 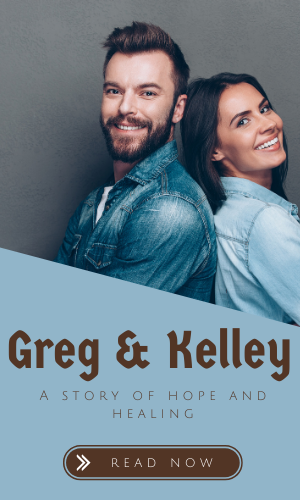 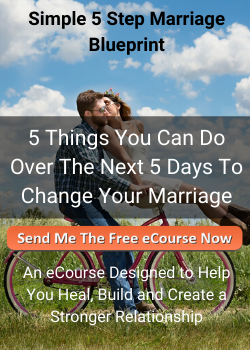 Write for The Healthy Marriage